GIVE US THIS DAY 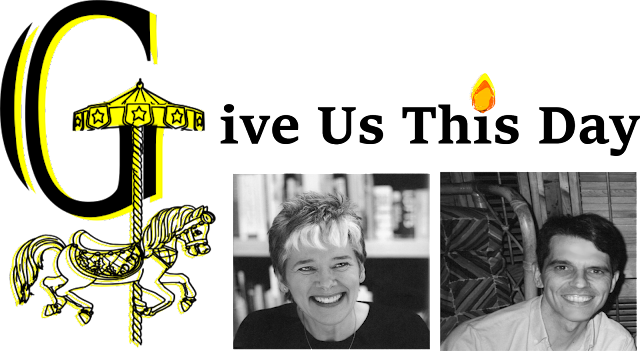 GIVE US THIS DAY has been set up in memory of my brother Michael Hart and sister Michele Milliken (Hart) both beautiful giving spirits with a wonderful sense of humour who left their earthly chariots way too soon in 2015. Ironically my brother had been a Samaritan for 18 of his younger years, we disagreed majorly about  the Charity but I respected his choice of voluntary work and was extremely proud of him. He also volunteered on a site called "All The Fun Of The Fair" set up for Fair enthusiasts , but also often found himself being a friend and listening ear to those who needed.

But overwhelmed by a bout of depression, despite having a wife, two sons and a family that loved him immensely,despite his giving nature and skill in saving others he was unable to show himself the same compassion and on the 6th May 2015 my brother took his own life.

We'd just started grieving for the loss of Michael, when Michele was diagnosed with a rare Sarcoma it was so rapid it took her within 10 weeks, leaving behind a husband, three daughters, stepchildren and us her family, plus her church family and friends. She had been a devoted Christian and churchgoer since her teenage years, it was important to her and she always spent her time helping others. She was an extremely talented writer but there were no dreams of grandeur, she was just looking forward to growing older, watching her daughters get married one day, becoming a grandmother and as we often joked, sitting out on a veranda in a rocking chair with her husband and all the family around just like in The Waltons and Little House On The Prairie. But it wasn't to be, Michele was looked after by the wonderful staff at St Lukes Hospice in Sheffield and was eventually called back home on the 21st October 2015.
Just a few weeks earlier we'd been sat holding hands and I asked her if she was angry with God and this was her response:

From infants school to adulthood, like most, I've probably heard and said the Lords Prayer a zillion times, on automatic, words without any thought for their meaning? Until that profound moment shared with my sister. In that moment I finally understood there importance and have gone on to share them many times since her passing.
I think a lot of us are guilty of complacency and arrogance in our guarantee of tomorrow? But there are no guarantees, death doesn't come via invitation, it comes to us all as we go about our day, if we're lucky it won't be this day, but it will be another day and when that day comes status won't matter, all that will matter is how we've treated people while we were here, and likewise others will only remember us by the size of our kindness, not our material gain or superficial success. Chuck D posted once about how his father had told him regarding death we're all in a queue and someone has to be at the front, at the end of the day if you're still standing, it wasn't you. A very apt analogy, I liked that.
Give us this day is a project that will continue shining my brother and sisters light by helping and supporting those in need whether small charities, groups or individuals and encouraging others to do the same via daily acts of kindness, It is also a reminder to not put off the things you want to do in life.
I've come to realize that Grief is a forever thing, it doesn't  just go away, you don't get over it and time doesn't heal and we have to try and learn to live differently. It's a rucksack fixed to your back that you reluctantly have to carry everywhere, It's unpredictable, emotions that hit like a Torpedo when you least expect it, a familiar song, smell, memory, a moment, it hits with such force it could almost knock you off your feet or at the very least leave you feeling wobbly. No matter the time frame I believe we'll always be wobbly but that's because we loved Michael and Michele so much and that's just the consequence we all have to pay for love and loss.

Ironically I wrote the Gospel tracks below some years previous to our loss, but have now made them available for Free download. We're all on this journey of Life together but as individuals and sometimes all it takes is a little time and compassion to make a difference, after all, we may only have this day?