With the new followers I’ve had over tha past few weeks on various social & music websites, have come emails about tha “Nobody Wants To Know Ya When Ya Nobody” album Track  “Say Ft Watford Gospel Arts Manna Choir”. It’s quite ironic considering it wasn’t even going to go on the album originally. 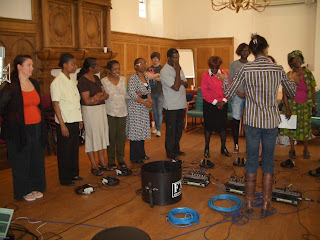 Whilst I thrive on mixing up genres, not everyone shares my enthusiasm so I wasn’t sure that tha same people listening & lovin trax such as “More Wanksta Than Gangsta” would feel as much luv for “Say”…turns out they did and still do…..Phew!

So I thought it might be cool to share with you how tha track came about in tha first place….sitting comfortably?.....Then I’ll begin………

I’ve always been quite a tough cookie, I’m not talking “I’m ard” kinda tough,   but just how where you grow up, how you grow up and tha things that happen to you can shape you, even if its not tha shape you necessarily wanna be, its more about survival, you become who you have to be to survive.

Anyhow, my mum had a habit of calling out after us as we went up tha street, us being me, my sister & bro, when we left tha house, she’d be waving & hollering “luv you” .  I used to die a thousand deaths of embarrassment, it really wasn’t tha best thing to have done to you when living on a council estate.  “Why do you have to do that?” I’d ask, & she’d just say, “Leave me alone I’l do what I wanna do”

Tha other kids used to have a field day, walking behind me , “luuuuuuuuuv yoooooou”

Then in my late teens something happened. I’d been babysitting every week for 5 years for a couple who had a boy and girl, by now they were 8 & 10.  We used to have a ball, I’ve always been a big kid myself, so it was no hardship turning tha sofa into a pirate ship, or chasing each other through tha house like three mad musketeers. I believe in treating everyone as equal regardless of age , so i‘d lay down tha boundaries from tha off so everyone knew where they stood, & would say to them, “ ok so this is tha deal, I’m chilled, we gonna have a great time ,all I ask in return is that when I ask you to do sumthin like brush ya teeth , go to bed etc, that you do it first time, I don’t wanna have to keep asking otherwise I’m gonna get hacked off, and if I get hacked off ya gonna know about it”
&  they’d say “yep ok” and tha deal was done. 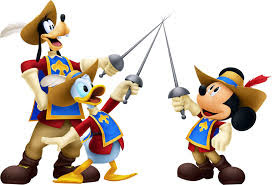 I put them to bed on that Tuesday night as normal each in their own rooms, I’d sit with the boy in his room for a while first, talk about his day,  then came a  bedtime story, then a song and I’d kiss his forehead & say luv ya & he’d say luv ya too, before I’d make my way to tha girls room where I did exactly tha same. Tha following week they were getting a dog & she was so excited she was fit to burst; they’d already seen it and named it  & we chatted about what tha house would be like with a new family member, we’d have our usual cuddle and then she’d snuggle down & I’d kiss her forehead & say say “Luv ya see ya next week” and she’d look at me as I got to tha door and say “luv ya” and she’d smile and give a little wave. 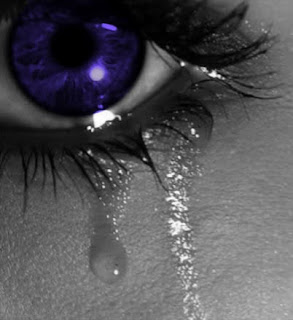 But I didn’t get to see her tha following week….or ever again, because on that same week she was involved in an accident involving a car and her life support was switched off and she died on tha Saturday.
Tha next few weeks and months were awful, I was trying to be as supportive as I
could be to tha family, but I was crushed. I kept racking my brain to that last Tuesday…had I told her off at all that evening?....had I remembered to tell her I loved her?  Did she know she was like tha little sister I’d never had?...just lots and lots of questions going around in my head almost like a check list,

She was always giving me cuddles & telling me  she was my number one fan and that she couldn’t wait for me to get famous so that she could  buy my first record …….but  I wondered if she knew just how much she’d meant to me?

Suddenly my mums years of waving and calling “luv you” up tha road after us didn’t seem so stupid anymore….still embarrassing? Hell yeah, but I realised that it was something she wanted to do, needed to do, and in tha bigger picture as far as fragility of life goes , if anything had happened to me, my sister or bro when we went out,  at least she would’ve been comforted in some small way by knowing that she’d done & said what she wanted too regardless of  what anybody else thought.

At that moment I realised it doesn’t matter what anyone else thinks, because we’re tha ones left behind with our conscience, you know, you might not want to say “luv ya” to a fam member or a friend or tell someone that you care, or that your sorry, for fear of sounding/looking stupid infront of others or being ribbed about it, but you may not get another opportunity. We all just assume they’ll be another time, another day, but as I’ve come to realise, life doesn’t work like that.

Tha times I’ve sat at a funeral and someones got up &  said “I wish I’d told them this, I wish I’d done that etc , and it struck me, why do we wait until someones not here anymore before saying how we feel about them, why not tell them while they're still here to hear it? Why not take tha opportunity to say tha stuff we wanna say right here and now while we still have tha time?
I’d rather risk embarrassment, look/feel stoopid, than live with regret.

So after some reflection I started putting my life in order, I’m still a  tough cookie, but I’ve had  tha chats I need to have with fam & friends, told those that I luv that I lovem, made appologies to tha peeps I felt I needed to apologise to for passed misdemeanours & If I meet ya ?  dont be suprised if I give you a hug Lol!  everythings sitting good in my spiritual house now . 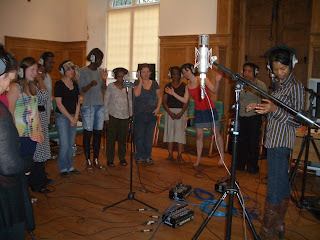 I’ve gone on to lose many people since, here one minute, gone tha next, through
accidents,  ill health or just tha natural course of life  but at least I know that each one of them knew how much they meant to me and I to them. Sure I believe in life after and that we’ll all meet up one day, but until that day at least we can live in peace without regret.

When I wrote “Say” I always imagined it with a choir, but believed that was only affordable to mega stars, but my mum said “If you imagine a choir on it then find a way to get a choir on it, otherwise you’ll be making do with second best, and whenever you hear tha track you’ll be thinking of tha choir that should’ve been on it” 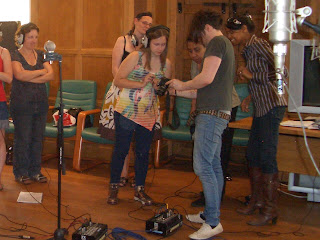 So I started putting choirs into tha search engine and came across many but stopped when I got to “Watford gospel arts manna” somehow it just felt right. So I sent an email not expecting a response, but sure enough an email came back inviting me down to meet them, we rehearsed over tha following weeks & eventually   my producer came out with tha mobile studio,Even tha neighbouring church halted its bells to allow us to get tha recording done & Boom! Tha rest is history, & that my friends is tha story of how “Say” came to be.

So no matter your age, gender, colour, religion, I hope sumthin about tha track resonates with you, and like me,you find tha time to say all tha things to tha people you want to, while you still can.